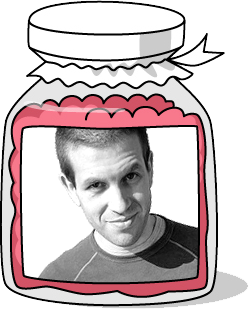 Tom is a freelance Ruby hacker and software engineer. He spends his time thinking, speaking, training and crafting Ruby code for clients including the BBC, BERG and the UK government, and has taught computer science at the University of Cambridge. Find him on Twitter as @tomstuart. 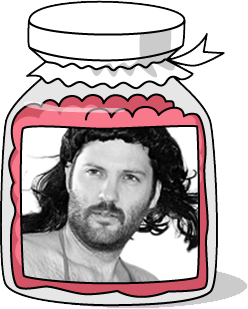 When he isn't ruining people's lives by writing software like phuby, enterprise, and neversaydie, Aaron can be found writing slightly more useful software like nokogiri. To keep up his Gameboy Lifestyle, Aaron spends his weekdays writing high quality software for ATTi. Be sure to catch him on Karaoke night, where you can watch him sing his favorite smooth rock hits of the 70's and early 80's. 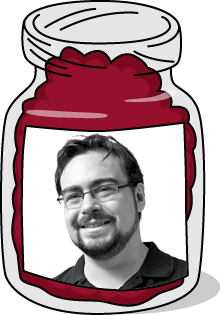 Yehuda Katz is a member of the SproutCore, Ruby on Rails and jQuery Core Teams; during the daytime, he works as Chief Technologist at Strobe. Yehuda is the co-author of the best-selling jQuery in Action, the upcoming Rails 3 in Action, and is a contributor to Ruby in Practice. He spends most of his time hacking on open source—his main projects, along with others, like Thor, Handlebars and Janus or traveling the world doing evangelism work. He blogs at http://yehudakatz.com and can be found on Twitter as @wycats. 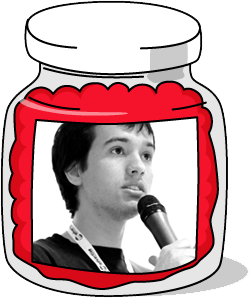 José Valim (@josevalim) is a Rails Core member and author of Crafting Rails Applications. Also, he is the lead-developer of Plataforma Tec, a Ruby on Rails consultancy firm based in Brazil. He started working with Ruby in late 2006 and since then he's been working on several open source projects. 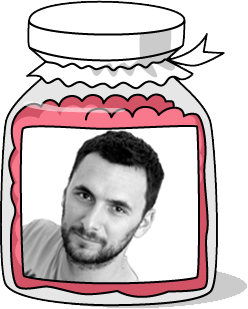 R&D Manager at Future Simple whose greatest passion is coding. Usually seen researching awesome new solutions for use in Future Simple products. When not doing that, he's probably working on some crazy code that you can find on https://github.com/marcinbunsch. Tweets as @marcinbunsch. 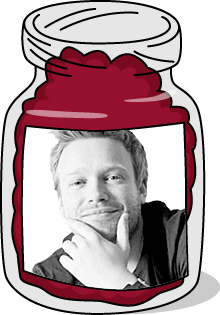 Sebastian is one of the founders of 9elements, a small software boutique from Germany. He loves to program shiny things and as a CoffeeScript Sensei, he wants to share his experience doing some serious CoffeeScript business. When he's not coding for a living, he's hacking on watchlater a video boomarking solution for iPhone and iPad. Follow his chitchat @sippndipp. 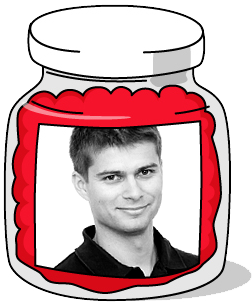 CTO at Applicake and happily still coding himself. In love with OOP and TDD. Willing to help you with code refactoring at all times, preferably via pair programming. Tweets as @mariuszlusiak and keeps open source code on github as mariuszlusiak. Football coach after hours. Has been sailing since the moment he was born. 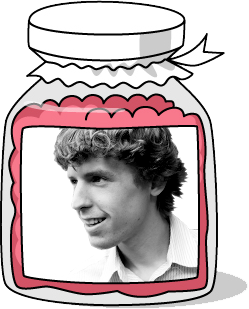 Jon Leighton is a freelance Ruby consultant from Oxford, UK. When he occasionally goes AFK, Jon enjoys dangling from small bits of rock on the sides of cliffs and mountains. You can follow @jonleighton, or read his blog. 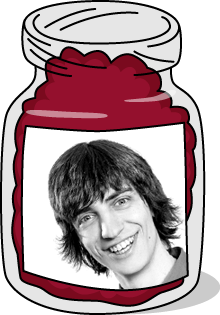 As current maintainer of Sinatra, Konstantin is an Open Source developer by heart. Ruby has become his language of choice since 2005. He regularly contributes to different widespread projects, like Rubinius, Rack and Redcar. In 2010, he successfully took part in the Ruby Summer Of Code, working on Rails internals. When he's not studying IT Systems Engineering at the Hasso Plattner Institute in Potsdam, Germany, he's either in Berlin working for finnlabs as a Rails developer or in Portland, Oregon, working on Rubinius for Engine Yard. You can find him on github, twitter or read his blog. 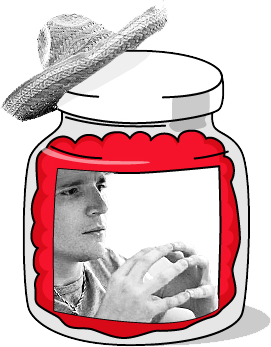 Elliott Kember (@elliottkember) is an all-singing, all-dancing developer who spends most of his time drinking rum, wearing hats, and listening to dubstep. One third of Riot, Elliott is a Rails, Javascript and HTML/CSS guy by trade. He enjoys climbing trees and throwing things. He also wrestles helicopters and flies crocodiles. 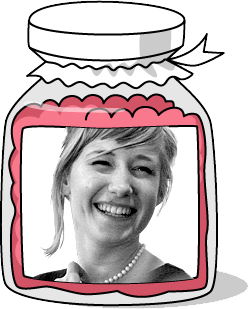 Linda (@lindaliukas) is a casual programmer from Helsinki, Finland. Having never really outgrown fairytales, she sees the web as a maze of stories and wants to hear more female voices in that world. Her aim is to give girls the tools and the vocabulary to enter the playground and build the world of web as they see it - more Sofia Coppola, less Barbie. Dividing her time between Helsinki and San Francisco, Linda loves 3D printers, Muji and Zelda Fitzgerald. 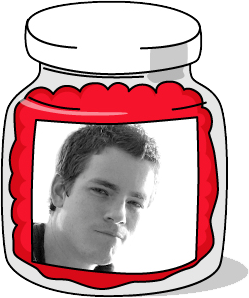 A Ruby developer with sound fundamentals, firm grasp on the industry, and innovative development approaches are all phrases inapplicable to Zach Holman. He works at GitHub, and hacks on sparkline generators, robot music DJs, and ethically frightening FaceTime + Chatroulette mashups. He blogs, he tweets, he evades his taxes. 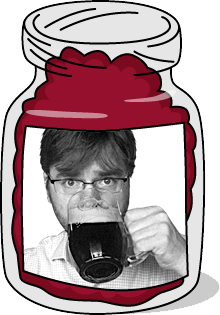 Atmos is a Ski Patrol ranger who helps deploy code for GitHub when he's not pulling people off the mountains of California on his bared back or in his teeth. Surrounded at all times by his sidekick snow dogs, atmos fights crime as well as bugs. A lot of his publicly available code focuses on closing the gap between development and operations, leveraging various web apis, and even open sourcing GitHub's Hubot. Ruby is just one part of what he uses every day at GitHub to help keep things running smoothly behind the scenes. You can follow him on twitter. 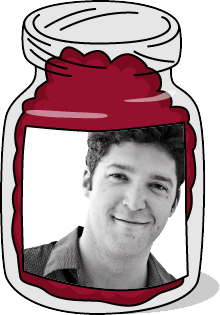 Ben contributes to Rails, slings Ruby at thoughtbot, and evangelizes vim wherever he goes. Founder of the Boston Vim Meetup and Vim University. Railsberry will mark the third continent where he's presented about his favorite editor. He loves teaching and is always happy to help out fellow programmers (as long as they don't use emacs). Get in touch with him on twitter here: @r00k 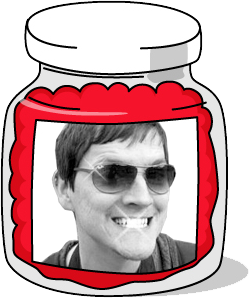 Eric is technical evangelist for MongoHQ, author of (the soon to be bestselling) Seven Databases in Seven Weeks, and other code, papers and books not relevant to this discussion. On his spare time, Eric enjoys drawing CRUDComic.com, posting on Twitter @coderoshi, and talking about himself in the third person. 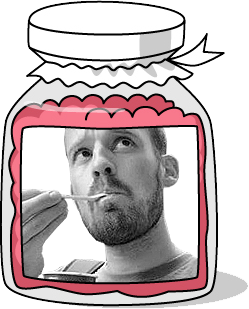 Josh is a top-30 Ruby on Rails contributor and has been working with the framework since 2008. He maintains several open-source Ruby projects, including, linkedin, faraday_middleware and his own completeness-fu. He's also one of Amsterdam.rb's organizers, the one of the core members for the Travis-CI team.

Drunkard, Libertine, Programmer. In that order.

Randall Thomas is a classically trained musician that took one too many calculus classes along the way and got sucked into the sciences. Being both blessed and cursed with a strange form of technology ADD, he’s worked in various industries with numerous startups covering everything from robotics, to low level telecommunications & networking to applied computing for stock trading systems. Randall is an internationally renowned speaker on practical data mining techniques and the business of startups. When not glued to a computer Randall is likely lost in book or on a running trail wondering if he will get to the end of either.

Tammer Saleh is a long time Rubyist, leader, and published author. As VP of Enginnering at Engine Yard, Tammer ran the development team and the flagship Cloud product. He authored the acclaimed book, Rails AntiPatterns with Chad Pytel. He’s also the author of the Shoulda testing framework, and the fantastic Airbrake service. Tammer has given classroom training in Ruby, Rails, JRuby, and Test Driven Development, and has speak at various Ruby and Rails conferences around the world. Previous lives include C/C++ AI programming, and UNIX administration for Citysearch.com and Caltech’s Earthquake Detection Network.

Patrick is a developer from Switzerland who is currently based in Berlin. He works as an engineer for Wooga, a social game company, where he builds backend systems. He is an active member of Berlin's Ruby user group, a co-organizer of EuRuKo 2011, likes to hack on open source software and dreams about going surfing and skating on longboards more often.

Tim really enjoys talking about himself in the third person. Not. He lives in Berlin with his girlfriend and two lovely little daughters. Tim is deeply in love with Ruby and recently helped to organize Euruko 2011. During the day, Tim works as backend engineer at social gaming startup Wooga. At night he likes to go down to the basement and hack on secret hardware projects like Superglobe or Evercube. 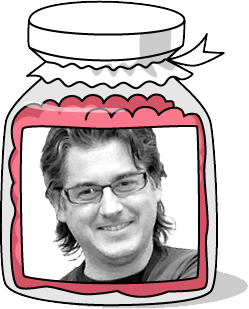 Xavier Noria (@fxn) is an independent Ruby on Rails consultant from Barcelona. Xavier is a Rails Core Team member and the author of Rails Contributors. Honored to have been presented a Ruby Hero Award at RailsConf 2010.